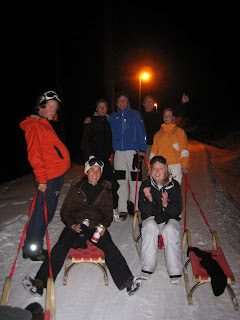 Saturday one week ago was the last day of exams here in (maybe my last exam ever!). As almost all of us had three exams within two days and had spent the last couple of weeks “living” in the library we thought it would be nice with some outdoor exercising. So we went rodeling (like bob-sleigh or kälkåkning). We took the bus to Rinn and started looking for the lift, but there was none. So we began walking up the hill, 1,5hours! At the top we found a little “hytte” where we had a nice dinner with bratwurst and leberknödeln before the downhill race begun. I think the team Finland-Germany won the race after passing the other teams. :) The race became a bit dangerous since there was no snow in the lower parts of the slope, only ice, which made it impossible to steer and brake. But we all managed to come down uninjured.
On Sunday Samuli arrived to try to take me home. But first we had a week left to spend in . Monday and Tuesday we spent in , being the typical tourists and visiting the castle with all the museums and doing the obligatory shopping. On Thursday we went to Axamer-Lizum to ski. As I did not have a snowboard I decided to rent skis again and at the same time try to teach Samuli which leg you should put your weight on in the turn. :)
On Thursday I also bought a new snowboard that I could test on Friday in Stubai. The weather was great and the slopes where also good. And my new snowboard was super!! 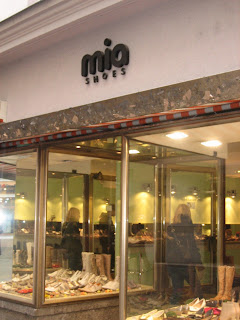 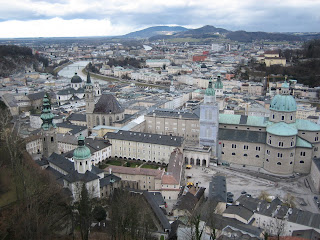 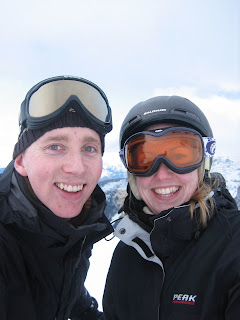 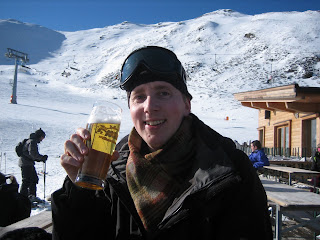 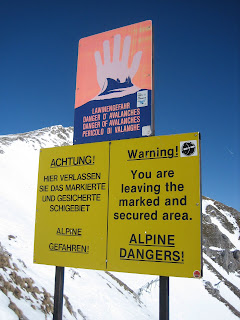 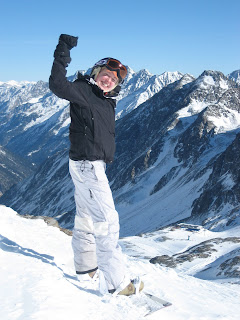 An expensive trip to St.Anton

St.Anton is known for being an expensive resort, but it was not because of the over-prised beer that our trip on Saturday became so expensive…
We wanted to go to St.Anton to check out the skiing possibilities and of course experience the well known after-ski there. We went there by car in the morning, and I think our plan was to get home in the evening? :) Anyway... the weather was great most of the time but there was practically no snow… fake snow in the slopes and very icy at some places. We found a whole group of Finns there who then showed the way to the best after-ski place in the resort. The place was crowded whit drunk Austrian-and Dutch people but we had a great time dancing on the tables, like you should do on a real party. ;)
The problems began when we came out and I could not find my snowboard anywhere… The place where I left it was now empty. It was not anywhere else near the restaurant either. So I had to go back without a snowboard. Next day we went looking for it but we could not find it anywhere. The lady at the lost-and-found place said it’s probably stolen and she did not seem surprised. Obviously it happens quite often there. So I went to the police and then we began our trip home…
Hermance was already quite upset because she got a parking fine in the centre of St.Anton. At this time we just wanted to go home as quick as possible… a little to quick maybe, because suddenly we discover the police car right behind us whit the blue lights on. “So fräuline, wie schnell fahren Sie eigentlich?”… She was 40km/h over the limit and got a ticket of 35€! (In they would probably had taken away the driving licence!)
So the sum of the day:
One stolen snowboard
One parking fine
One fine for driving to fast 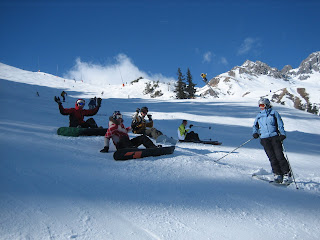 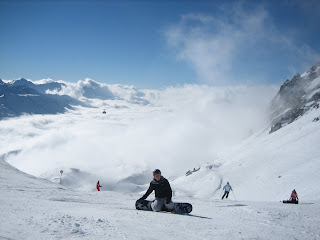 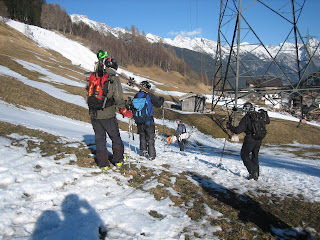 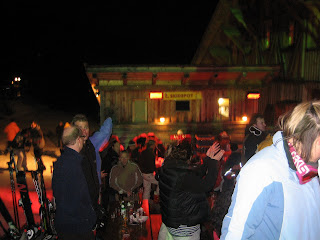